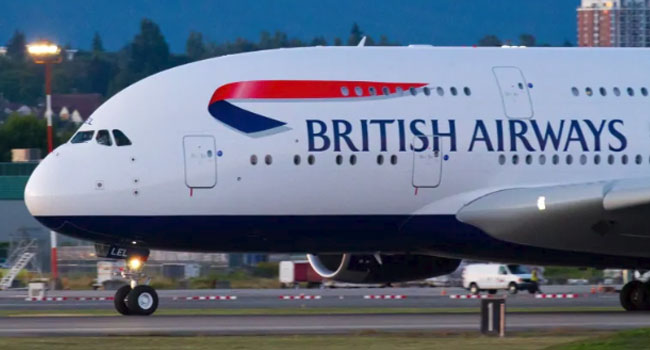 British Airways pilots on Friday said they will strike for three days in September in a dispute over pay, in a move that could affect tens of thousands of travellers.

The strikes on September 9, 10 and 27 were announced by the British Airline Pilots Association (Balpa), which said there had been a 93-percent vote in favour of industrial action.

“It is completely unacceptable that Balpa is destroying the travel plans of tens of thousands of our customers with this unjustifiable strike action,” said the airline.

“We are extremely sorry that after many months of negotiations, based on a very fair offer, Balpa has decided on this reckless course of action,” it said.

British Airways said it would change schedules to try and ensure as many people as possible can take their flights but warned that “many” customers will not be able to travel.

“We will be offering refunds and re-bookings for passengers booked on cancelled flights,” it said.

Balpa said the strikes were “a last resort” but added that pilots had made “sacrifice after sacrifice” in recent years.

Balpa estimated each day of strike action would cost the company around £40 million (44 million euros, $49 million).

You have Successfully Subscribed!

We use cookies on our website to give you the most relevant experience by remembering your preferences and repeat visits. By clicking “Accept”, you consent to the use of ALL the cookies.
Cookie settingsACCEPTREJECT
Manage consent

This website uses cookies to improve your experience while you navigate through the website. Out of these, the cookies that are categorized as necessary are stored on your browser as they are essential for the working of basic functionalities of the website. We also use third-party cookies that help us analyze and understand how you use this website. These cookies will be stored in your browser only with your consent. You also have the option to opt-out of these cookies. But opting out of some of these cookies may affect your browsing experience.
Necessary Always Enabled

Performance cookies are used to understand and analyze the key performance indexes of the website which helps in delivering a better user experience for the visitors.

Analytical cookies are used to understand how visitors interact with the website. These cookies help provide information on metrics the number of visitors, bounce rate, traffic source, etc.

Advertisement cookies are used to provide visitors with relevant ads and marketing campaigns. These cookies track visitors across websites and collect information to provide customized ads.

Other uncategorized cookies are those that are being analyzed and have not been classified into a category as yet.